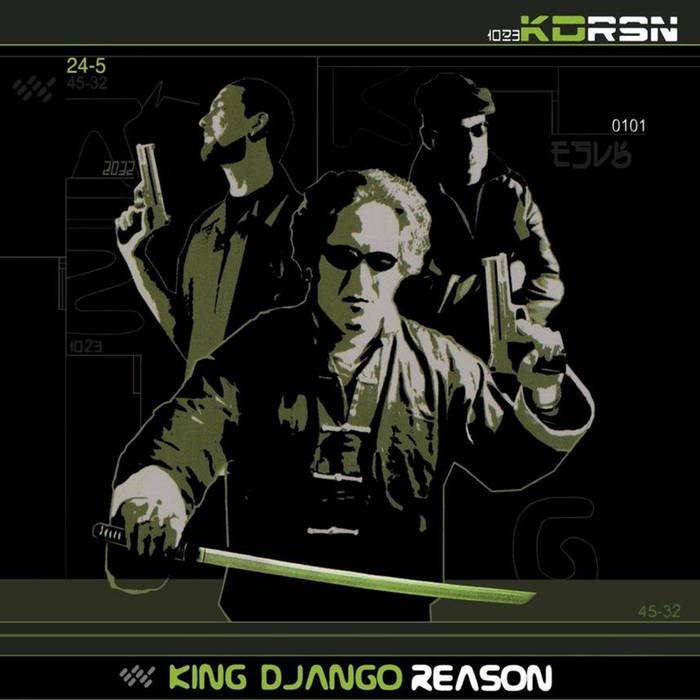 James Jansma How many copies have I owned , 5 lost every one to a friend whos like, "Can I borrow that?" Classic! Favorite track: LKO.

Rock and Roll deeply grounded in roots-reggae and dancehall grooves with jungle, drum'n'bass and hip-hop spices, half of these tracks were sequenced and looped by Django and friend Mr. Mendez (who also provided some tasty scratching) at Mendez's Fort Lauderdale dark-jungle enclave, "Evil Base." The minimal horn tracks were cut by Django, Roman Fleysher (The Bosstones') and Sammy Gelberd (King 7). The balance of the rhythm tracks and overdubs were cut in New Jersey at West West Side Music with Jesse Cannon engineering. Bringing sizzling rock elements to the mix are some of Django's long-time friends and associates. Agent Jay (Stubborn All-Stars, Agent 99, Version City Rockers, Crazy Baldhead, The Slackers) throws down on guitar, while Michael McDermott (Joan Jett, Bouncing Souls, Murphy's Law) pounds the skins and Noah Shachtman (No Shadow Kick, Version City Rockers) lays down the deep basslines.