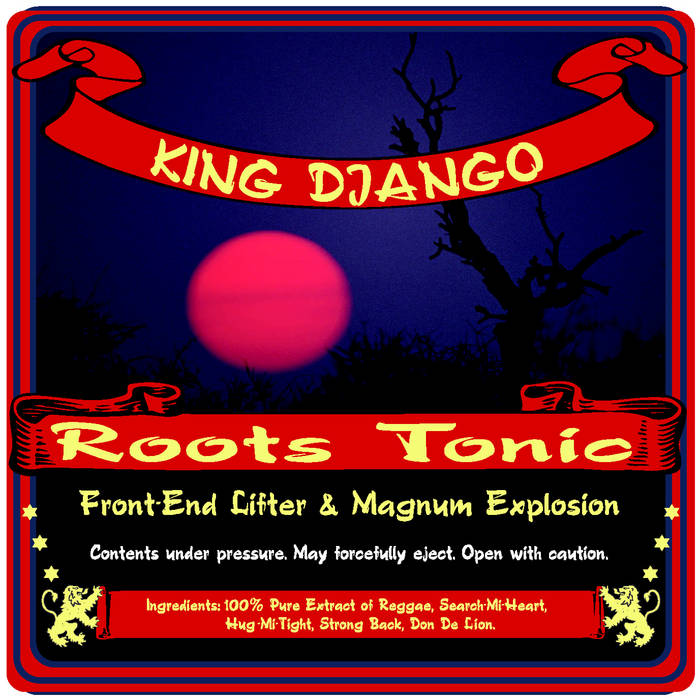 I first started putting together Version City Studio at the end of 1996, although at first it didn’t have a name. Since about 1989 it had been the rehearsal studio for Skinnerbox and was affectionately known as “the space.” Once I brought in all the recording gear, the tiny, smelly, vermin-infested cellar “studio” quickly became a sort of clubhouse. It seemed to attract the attention of every wandering eccentric downtown reggae and ska fanatic. Those were pretty heady days for the NYC Ska Mob. The atmosphere was feverishly creative and we all had way too much fun for a while. One of our primary fascinations was the Jamaican practice of “Version,” which we adopted wholeheartedly. Version City was born.

This is my first full-on “Version” album, and the first “solo” album I’ve recorded at Version City since “Roots and Culture” in 1998. You may recognize some of these riddims, as they go far back to the early days of the studio. Some are more recent and some are used here for the first time. The lyrics also span a wide range of time, the earliest being from about 1985.

Looking through the credits of this project, I cannot help but smile. I have so many great memories of and warm feelings for all of my wonderful and talented friends who have been a part of Version City Rockers through the years. Without them, this album could never have become a reality. God willing, we will continue recording and touring, enjoying and sharing each others’ music and vibes with all of you, the listeners, for many years to come!

Roots Tonic is King Django s ragamuffin cure-all for exasperated reggae fans disheartened with the hip-hop direction of much of modern reggae; and what a tasty tonic it is. Django s Version City studio known for everything from reggae to punk to Klezmer plays a large part in this release because many tracks are versions of riddims from the studio s decade-long history, and Django has always embraced the Jamaican practice of versioning a song. As such, the album is organic, fun and heavily rooted in the era when natty culture was giving way to dancehall riddims. The cross pollination of these two sounds is what many tracks are based on here but there s also the addition of the excitement of the late 80s New York scene check out the horns on "In This Time and the lyrics on "New York Neighbors and even the current European roots revival. This diversity keeps the tracklisting stimulating and the guest list, which includes Germany s Dr. Ring Ding with his meaty back and forth with Django on "Rock and Come In, members of the Slackers and even Jamaican singing sensation Sugar Minott on percussion, giving a cooperative feel to the studio and Django s solo material. Despite the sweetness in his singing voice Django can be an excellent and forceful toaster and the album s strongest tracks, like "Fistful a Riddim and "Lyrics Architect, let him show off in style and owe a creative debt to that other great New York deejay, Shinehead. --Exclaim.ca

After taking a quick look at the liner notes as I gave the CD a listen for the first time, I was blown away by the line-up he got for the album. It was a who s who of the New York and New Jersey ska scene. With the likes of Victor Ruggiero and Agent J from The Slackers, Victor Rice, Sugar Minott, Dr. Ring Ding, Rocker T, Obi Fernandez from Westbound Train, Dave Hahn from David Hillyard and the Rocksteady 7, and Dub is a Weapon. The list goes on and on. It definitely makes for some high expectations for the album. If you have heard/own any previous releases by King Django, you will notice that each one if pretty different from each other. Roots Tonic is no exception to this. In all honesty, this is my favourite album of the bunch. A close second would be King Django meets the Scrucialists. King Django pulls influences from all over on this album, and so one can t label it as just a ska album. It is primarily reggae based with what I d call dancehall styled vocals. My favourite track on the disc is Too Many Things. The soft sounding trumpet throughout the song is what does it for me. It isn t just the trumpet though; the vocals are more appealing to me in this song. Another one of my favourites is Rock and Come In. The way Dr. Ring Ding, and King Django go back and forth works out really way. The backing instrumentals are sure to make you groove to the beat. I could definitely see this being a hit at a live show, with both vocalists go back and forth, and the crowd singing along to Rock and Come In at the various points throughout the song. The backing vocals in Lyrics Architect are a really nice touch to the faster, more aggressive sounding vocals in this song. One thing this disc has done has made me appreciate the dancehall sound more. Maybe I should give JFK and the Conspirators another try. Standout tracks: Fistful a Riddim, Too Many Things, No Trail, Rock and Come In, New York Neighbors, Wayfarer s Prayer I feel this disc proves Django s material is just as impressive as his resume. --4thwave.ca

When you think of ska, if you think of a bunch of 13 year olds wearing their parents suits running around in circles, let King Django cleanse that vision for you. King Django is easily one of the most underrated old school ska / roots reggae artists around. Coming from New York, King Django is sort of a ska legend in the tri-state area. On Roots Tonic, King Django proves that he is as authentic as any reggae band from Jamaica. From old school rocksteady numbers such as Hard Hard Thing to the much more roots reggae No Trial , King Django deserves much more credit than he is given. Definitely check it out if you re a fan of traditional ska and reggae, as it s a must to any rocksteady collection. --Battle of the Midwestern Housewives blog

All songs published by Version City (ASCAP)
Design by Duggybones